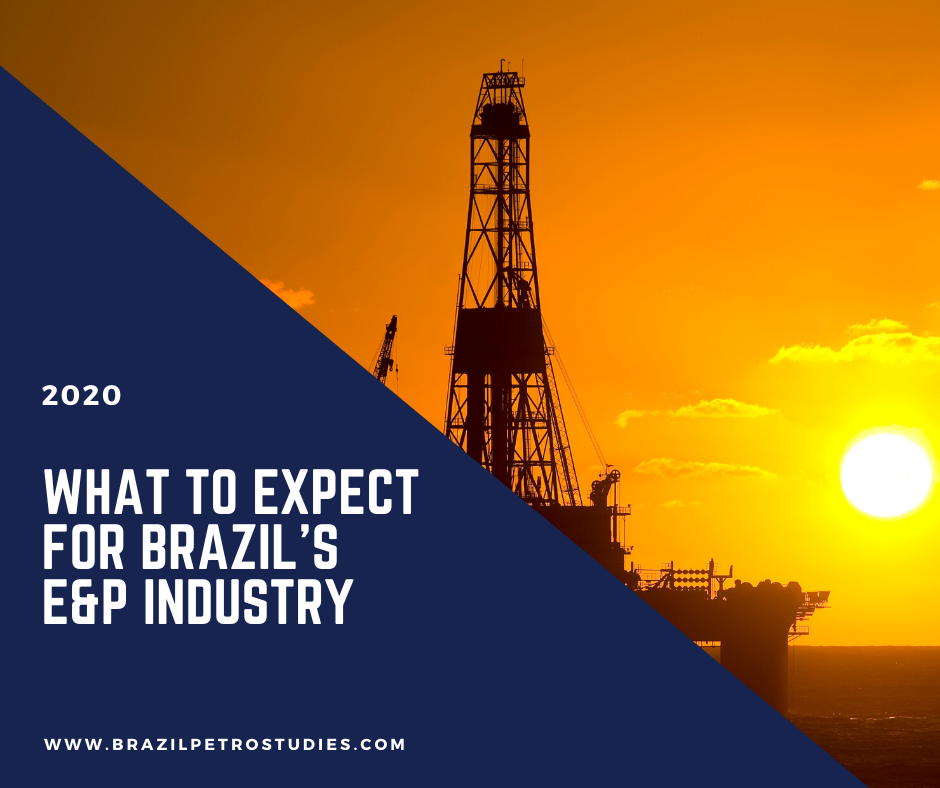 With the approval of important structural reforms and the government’s intention to completely overhaul the O&G agenda, Brazil’s business environment for E&P is set to take off. We expect regulatory improvements related to the pre-salt and environmental licensing, as well as increased exploration efforts, a stronger focus on the decommissioning and revitalization of mature fields and more bidding rounds. In addition, Petrobras’s intention to continue divesting from non-strategic assets could also add a slew of opportunities for domestic and international players, old and new.

No matter how you look at it, the long-awaited Transfer of Rights mega-auction and the 6th pre-salt bidding round represented a major setback for the government and regulators, with foreign oil majors sending a clear message that enough had not been done to open up and improve the attractiveness of Brazil’s E&P industry. That said, there is now a bill in Congress to change PSA tenders, end Petrobras’s priority rights to operate blocks and introduce concession contracts for areas within the pre-salt polygon. Once the new rules are in place, we should have a better idea of how the government will proceed with future pre-salt auctions and deal with the leftovers from the TOR mega-auction, for which it has already suggested some unique and creative solutions to increase attractiveness.

On the technical side, future pre-salt auctions will certainly carry more risk, so one of the major challenges for the industry will be disentangling the areas with post-salt and pre-salt exploration potential within the polygon.

A main regulatory focus this year should be providing E&P players with increased security on the environmental licencing front. During OTC Brasil 2019, ANP General Director Decio Oddone stressed that the next item on the sector’s regulatory agenda is environmental licencing. According to Oddone, not a single drilling license has been conceded for New Frontier Areas since 2011, hindering the development of important basins.

According to ANP’s 2020-2021 Regulatory Agenda published in December, the agency, in conjunction with environmental regulator IBAMA and state environmental agencies, is studying solutions to deal with delays in environmental licensing and the resulting impacts on contractual deadlines. Conclusions are expected by July of this year.

This year should bring the first exploration efforts from the string of auctions held over recent years. As a result, there should be a significant uptick in seismic and drilling initiatives over the course of 2020. In fact, ANP forecasts seismic and drilling investments of almost R$4.0 billion this year, with around R$3.5 billion going to drilling and about R$500 million headed for 2D and 3D seismic imaging studies.

And it seems many players have their eye on the Northeast. According to the website of environmental regulator IBAMA, there are currently 70 ongoing applications for offshore drilling licenses in the country, with almost 40% relating to Northeastern basins, including Foz de Amazonas (8), Sergipe (5), Ceara (4),  Barreirinhas (4), Potiguar (4) and Para-Maranhao (3).

We believe several of our ongoing seismic and multi-client studies in the Northeastern and Equatorial margins should open up great new opportunities for the players that cannot compete in the billion-dollar pre-salt auctions of the Campos and Santos basins.

Decommissioning and Extending the Life of Mature Fields

ANP is expected to publish new rules for the decommissioning of older fields this year. The subject should gain more and more traction as many of Brazil’s first offshore units, which started producing in the 80s and 90s, begin to reach the end of their useful lives. A new supply chain to conduct these works should start to emerge and ANP estimates Brazil will have to invest US$12.6 billion from 2020 to 2040 to shut down hundreds of offshore platforms, most of them in the shallow waters of the Campos, Potiguar and Sergipe-Alagoas basins.

With so many fields moving into the final stages of operation, there will also be significant opportunities for advanced recovery and field revitalization projects. This is especially true of many of the fields slated for divestment by Pertobras, with the oil major likely to sell off a number of its more mature fields over the coming years (more details below). These fields are likely to offer huge opportunities for secondary and tertiary recovery, with minor increases in renewal and redevelopment CAPEX potentially generating huge upside, especially for some of the onshore and shallow-water fields.

More Auctions on the Way

ANP recently announced it plans to hold the 17th concession and 7th pre-salt (PSA) bidding rounds in 2020. Although the former is expected to draw some interest from private players, the success of future pre-salt rounds will most likely depend on the government’s ability to update the regulation. In addition, the permanent offer system should also continue to expand, with more of the blocks that were not scooped up during recent auctions likely being added to the regime. Finally, after studies showed high potential for pre-salt discoveries, there has been a lot of talk about starting to offer exploration blocks beyond 200 nautical miles.

As for the 17th Concession Round, it is expected to include 128 blocks across the Pará-Maranhão, Potiguar, Campos, Santos and Pelotas offshore basins. Although these areas are promising, they are also higher risk than those in previous auctions. The deep and ultra-deep waters of Pará-Maranhão, for instance, are likely to face the same environmental issues as Foz do Amazonas, probably making them more attractive from 2021 onward if the environmental licencing issue can be solved this year. With the lower attractiveness of many of these blocks, it will all depend on the industry’s appetite for risk on auction day, leading us to expect relatively weak competition, with the exception of the Ceara-Potiguar, Santos and Campos basins, where exploration remains very attractive.

Petrobras recently reiterated its intention to continue divesting from non-strategic assets, with the Brazilian oil major officially expecting to rake in somewhere between US$20 billion and US$30 billion through 2024. In fact, shortly after releasing its 2020-2024 business plan during its recent investor day in NYC, executives announced the oil major could actually put billions more up for sale, including additional E&P assets. Currently slated for divestment are parts of the Marlim field, one of Brazil’s largest, as well as its majority stake in the smaller Papa-Terra field.

In terms of these divestments opening the door to newcomers, recent purchases by Petronas, Karoon, Trident Energy and 3R Petroleum have already started to show this trend, with the four rookie producers (in Brazil) expected to represent 3% of the country’s production in the not so distant future.

And existing players have also taken advantage to increase their presence, with Equinor, PetroRio, Petrorecôncavo, Imetame and Central Resources all expanding their portfolios, while Total recently drilled its first well as a pre-salt operator.

We use cookies to ensure that we give you the best experience on our website. If you continue to use this site we will assume that you are happy with it.Ok