Our take on Naru 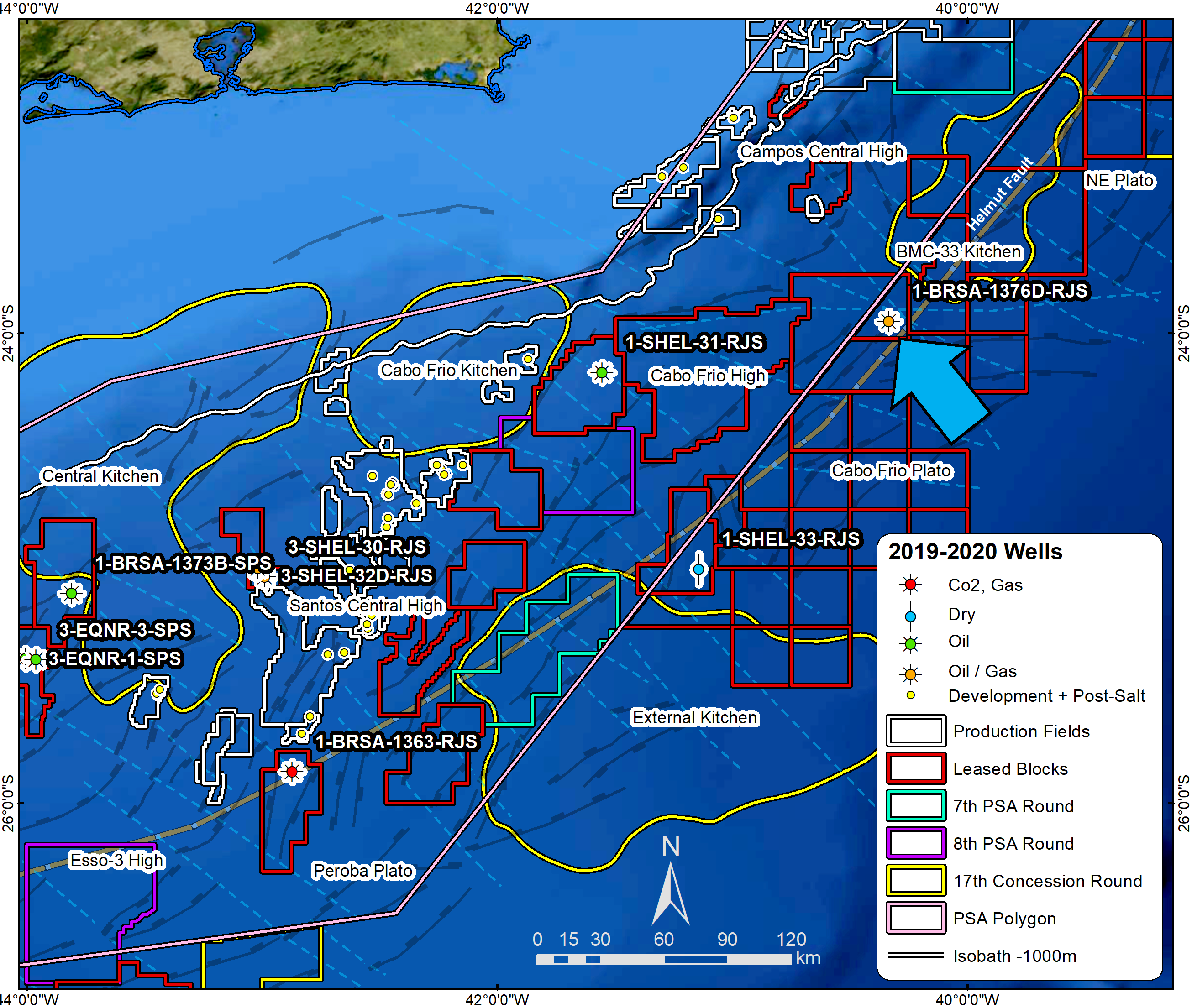 As you may have heard, Petrobras recently completed the drilling of the Naru well (1-BRSA-1376D-RJS) in block C-M-657 of the ultra-deep waters of the Campos Basin, announcing indications of hydrocarbons earlier this week. This is certainly positive news, as the findings prove that hydrocarbons reached the area and a reservoir was probably found. The seismic closure at the drill site had already been recognized in previous seismic mapping of the area and the consortium probably had confidence in the trap geometry (based on new seismic interpretation) and seal efficacy (due to the significant salt thickness that exists). So, the major remaining challenge will certainly be unraveling the hydrocarbon charge, a BPS specialty.

Regardless of the encouraging news about the presence of hydrocarbons, the main risks related to the source-rocks and their maturation processes have yet to be unraveled, while the proportion of black and cracked oils and migration effectiveness continue to be major matters for discussion. Four wells have been drilled to the northwest and southeast (1-BRSA-213-RJS, 1-BRSA-37-RJS, 3-REPF-14-RJS and 6-TOT-1DP-RJS) and showed interesting geochemical results, indicating that the source-rock is upper Barremian lacustrine brackish to saline, the thermal evolution varies from oil window to highly cracked, and that the oils are mixed and could have suffered significant paleobiodegradation.

No less important is the complexity in terms of structural evolution, as the block is located at the outer portion of the Cabo Frio High, where the interference of important deformation corridors have been observed, such as the Helmut regional fault (Dehler et al, 2016) and the correlated NE faults, in addition to the Cabo Frio and Cruzeiro do Sul NW fault zones, among other second order NW transverse faults. Despite no major issues for the seal or trap, with some minor challenges related to reservoir quality (since the outcomes were not published yet), the contextualization of the outer Cabo Frio High will be critical to understanding the play-scale issues for the block. Regarding charge, block C-M-657 is medium distance from the northernmost kitchen that charged block BM-C-33, while being very far from the southeasternmost kitchen in the outboard of the Santos Basin (see map below). Thus, the risk assessment for migration pathways will probably include the proper understanding of the differing trends of the rift extensional faults and transfer faults for upward, long-distance and local migration, together with the restricted carrier beds inside the rift section.

Overall, considering the complex nature of the area and that the hydrocarbons are probably mixed oils with different maturity stages and migration pulses, analysis of the charge systems will be crucial for further exploration around the area. Classical and advanced geochemical analyses, such as quantitative diamondoid data (QDA) of the sampled oils, together with a comprehensive semi-regional evaluation of the petroleum system will be key to solving this complex puzzle.

Home / Our take on Naru