The Future of Exploration in Brazil Lies in the Permanent Offer 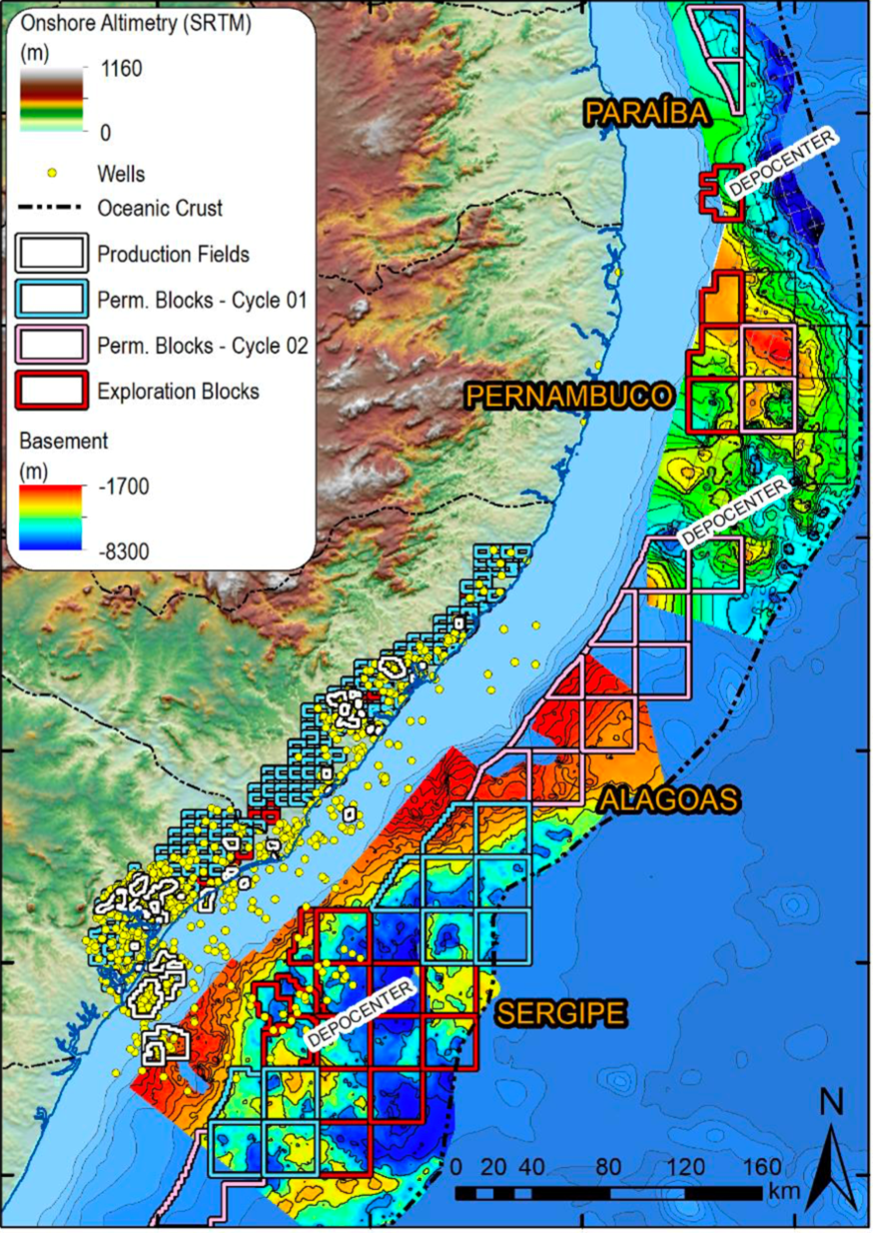 Since the onset of the COVID-19 pandemic, the global petroleum industry has changed dramatically. Although things have started to stabilize, one of the biggest shocks to the industry was obviously last year’s huge oil price crash, which forever changed oil companies, service providers and even government agencies. With this in mind, there is a good chance that ANP’s 17th Bidding Round in October will officially mark the end of the front-loaded exploration era in Brazil.

Under today’s new reality, oil companies can no longer justify the huge investments necessary to race to buy, interpret and analyze all the data necessary to compete in ANP’s annual bidding rounds. That said, a silent wave known as the “Permanent Offer” has been building in Brazil over recent years. And, now more than ever, it is clearly where some of the country’s top opportunities lie.

The best example of this is the overcharged Sergipe-Alagoas Basin in northeastern Brazil. After sleeping for almost 50 years since the discovery of the giant onshore Carmopolis field, we believe the basin is set to awaken with a series of giant oil and gas discoveries that are likely to be kicked off by the wells slated to be drilled by ExxonMobil staring in June.

But what makes us so sure? And what’s left in SE-AL?

The first discovery of a giant oil field in Brazil occurred in the onshore Sergipe Basin in the 1960s with the discovery of the Carmopolis oil field, with more than 2 billion bbl of oil in place. This was followed soon after by the country’s first offshore discovery, the Guaricema Field, also in SE-AL. Although the first attempt in the basin’s deep waters didn’t come until the 1990s, it led to the discovery of the medium-sized Piranema field in the Campanian to Maastrichtian turbidite sandstones of the Calumbi Formation. Unfortunately, all subsequent attempts to hunt for giants in the onshore, nearshore and deep-water areas failed so many times that the basin was practically forgotten and abandoned.

Eventually, the advancement of high-quality seismic studies kickstarted a new exploration phase in the ultradeep waters of the Sergipe sub-basin, leading to the Barra, Moita Bonita, Farfan, Muriu and Cumbe discoveries (among others), once again in those same Campanian to Maastrichtian turbidite sandstones of the Calumbi Formation. Some of these discoveries even are classified as giant condensate/light oil fields considered to hold more than 500 million boe of oil and gas reserves (e.g., Barra Field). These discoveries drew the attention of Exxon, which very wisely saw an identical play concept to the one found in its analog super-giant finds in Guyana and Suriname over recent years.

Then last week, Exxon announced that it obtained the green light from Brazilian environmental regulators to kick off its exploration campaign in the ultradeep waters of Sergipe this June. As we mentioned above, many of the basin’s most prolific exploration blocks have unfortunately already been scooped up by Petrobras and ExxonMobil (operators). But fear not, there are still several high-potential blocks in southern Sergipe and Alagoas that are still up for grabs. Where you ask, in the Permanent Offer (Fig. 1). Especially for the Alagoas sub-basin, the similarities with the already-taken blocks in Sergipe point to very high exploration potential for giant fields with the light oil that filled not only the upper Cretaceous, but also the transitional and rift reservoirs.

Initially, oil generation in the giant Carmopolis oil field and onshore domains was considered to come from Neocomian to Aptian shales of the rift section, while the integration of the geochemical data from the nearshore and deep-water oils in the Mosqueiro Low had pointed to a marine origin from the Albian-Cenomanian-Turonian source-rock system. This system was also considered to have charged the Guaricema and Piranema fields (Mosca et al., 2019). And if this were indeed the case, it would unfortunately mean most of the deep-water areas of Sergipe, and especially the Alagoas sub-basin, would be duds, lacking the thermal maturity from insufficient burial to charge the Albian-Cenomanian-Turonian source-rock system – now validated as a charged system by detailed mapping and basin modeling (e.g., Figs. 1–2).

However, the AGT data from our multi-client study (also available in the BPS Geodatabase) actually shows that all the oils from the recent discoveries in SE-AL are mixed oils/gas condensates with dominance of cracked Aptian/Barremian lacustrine condensates and minor contributions from non-cracked Albian-Cenomanian oils (Mello et al., 2021; Rostirolla et al., 2020). And the identification and mapping of these overcharged generation pods in the rift section across most of the ultradeep waters unlocked a whole new way of hunting for giant and super-giant hydrocarbon accumulations along the entire Sergipe-Alagoas Margin (e.g., Figs 1–2), once again making it time to “GO DEEPER” in the Sergipe-Alagoas Basin!!!

It is well accepted that giant and supergiant fields are usually discovered early in exploration. And, as we said above, a huge number of high-potential blocks in SE-AL are still available in the Permanent Offer, providing a unique opportunity for companies to apply this strategy, where the use of high-quality seismic imaging from TGS, along with our AGT, 3D PSM and Risk Assessment can offer an advantage in drilling expressive drift and rift prospects in a potentially new super-giant oil province. The deep-water oils discovered from the Guyana Basin can be used as an analogue for the drift sequence in Sergipe-Alagoas Basin, providing a model that could theoretically extend to the Equatorial Margin of Brazil.

Mixtures of lacustrine Barremian to Aptian oils with contributions from the marine anoxic Albian-Cenomanian oils are, in fact, also excellent news, as they indicate that the different source-rock systems present in the hydrocarbon generation pods actually overlap each other, enhancing efficiency and migration charges.

In the Sergipe sub-basin, the upper Cretaceous and Paleocene turbidite reservoirs are located over the main generation kitchen, with the potential to accumulate considerable volumes of cracked gas/condensates generated in sections deeper than 8,000 meters. In contrast, in the open acreage in the Alagoas sub-basin, the turbidite-type leads from the upper Cretaceous to Paleocene and the transitional and rift fluvio-deltaic reservoirs are related with source-rock depths deeper than 6,700 meters, which could favor the accumulation of less mature black oils than in the Sergipe sub-basin. In addition, the main leads in the rift and transitional sections are concentrated in the central-eastern portions of the basins, considered to be a huge new exploration frontier.

Well, that should give you an idea of the huge potential of the SE-AL blocks still up for grabs in the Permanent Offer. For those looking to dip a toe in, BPS and TGS have a state-of-the-art seismic and multi-client 3D PSM and Risk Assessment that mapped more than 50 leads and prospects. So, don’t delay, get in touch to find out more before SE-AL slips through your fingers.

BPS President Marcio Rocha Mello and BPS Director of South America Oswaldo Pedrosa would be more than happy to discuss this paradigm shifting study with you.

For more on the Permanent Offer click here. To see the results of the first two PO cycles, click here.